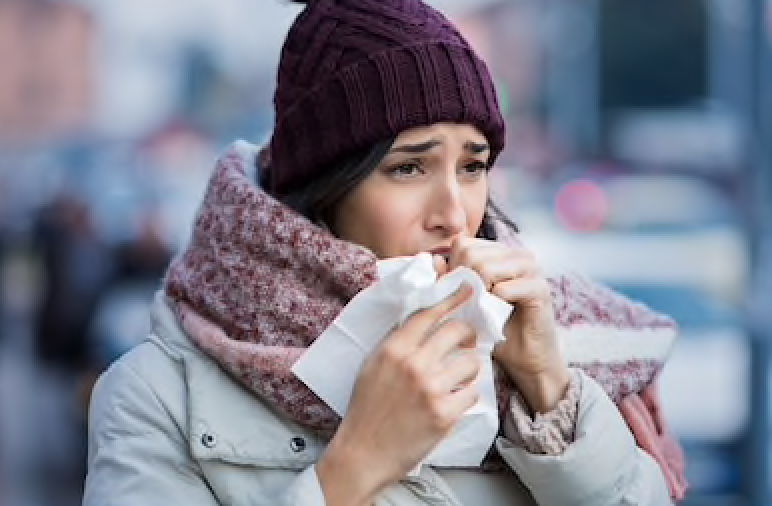 15 Jan Is Your Snot Sending You A Message?

Posted at 14:45h in Uncategorized by Dr. Karanfilov
0 Likes

At some point, you’ve probably blown your nose and had something unexpected come out—especially if you suffer from chronic sinusitis or allergy symptoms. You also probably already know that your snot color can change depending on your health, such as when you have a bad cold or a sinus infection.

When snot—a.k.a. nasal mucus—is abnormal, it can signal something is going on with your body. To decode the message in your tissue, it’s necessary to pay attention to not only the color, but also the consistency and quantity of mucus, as well.

While nasal mucus can be revealing, it doesn’t necessarily tell the whole story. Mucus, alone, isn’t typically used to make a diagnosis, but it can be a helpful tool in determining what’s happening in your nasal and sinus passages.

Here’s a quick look at just a few of the things various shades and characteristics of snot might mean for your health:

Our bodies naturally produce about 1.5 quarts of nasal mucus each day—we just don’t typically notice it. In general, normal, healthy mucus is clear, thin, watery, and abundant—but of course, there are exceptions.

Clear, but runny mucus that seems like a more than usual amount, can often mean your nose is working overtime in an attempt to get rid of something your body doesn’t like, such as an allergen or irritant.

This is a common symptom of seasonal allergies, and will typically present with other symptoms such as sneezing and itchy eyes.  A sudden and short-lived runny nose can be due to other elements in the environment or air you may be sensitive to, such as pollutants, certain fragrances, or secondhand smoke.

Sudden drippy discharge on a chilly day can also simply just be due to the weather (and water condensing as the cold air is warmed in your nasal pages).

When excess, clear snot occurs with symptoms such as cough, fever, or a general rundown feeling that lingers for several days, it may also signal the onset of a cold, or mild upper respiratory virus. If symptoms don’t improve after 3-4 days or worsen, it’s probably wise to see your doctor.

Thick and colorless (or cloudy)

Colorless, thick, sometimes ropey nasal mucus and congestion often occur together when there is inflammation, swelling, and blockage of the nasal passages, which slows the movement of mucus through them, preventing normal drainage.  Typical causes might include a chronic allergy (an allergy to dust, for example), or the beginning of an infection.

Yellow or green snot often means the presence of an infection—but it doesn’t always. It’s possible to have perfectly clear mucus and a terrible sinus infection; conversely, you can have yellow or green colored snot, but be in fine health.

It’s also a common misconception that you can reliably differentiate between a viral and bacterial infection based on the color of the mucus. How you feel, your other symptoms, and their duration, are also important factors. Generally, viral infections and shorter in duration and symptoms peak in about 3 to 4 days, then get better on their own. Longer bouts of illnesses that persist or worsen are generally more likely to be bacterial and may require treatment with antibiotics.

When you suffer from chronic sinusitis, it can make your nasal mucus very thick and glue-like, green or yellow in color, and even give off an unpleasant odor. It’s also common to experience other symptoms like congestion, difficulty breathing, pain and swelling around the sinuses, and a bad cough. When you have nasal mucus that just won’t clear up with time or antibiotics, consider seeing a specialist like an otolaryngologist to figure out what’s causing your symptoms.

Bloody or a reddish/brownish tint

If you notice a few specks of blood, or a reddish/brownish color in your snot, it’s usually actually not that big of a deal. This can be the result of some damage or irritation to the lining of those nose, when some tiny blood vessels may get broken.  It often occurs when people are sick and may be blowing their nose too hard and often. It’s also fairly common in winter when the air is dry. Also, indoor heating can dry out mucus membranes, which makes them more prone to crusting and cracking, and can cause bleeding.  If snot appears brown, this may just be old blood that has been stuck in your nose. However, if you frequently see a lot of blood in your mucus or get nosebleeds, you should definitely see a doctor to rule out any series medical conditions.

Black or very dark mucus generally isn’t a good sign and may signal a problem. Smoking or drug use (and burning of the substance) are two possible reasons why snot can turn dark in color. In very rare cases, a life-threatening fungal infection may be the cause and immediate treatment is vital. This usually only occurs in people with compromised immune systems and who are very ill, such as cancer patients undergoing chemotherapy.

Regardless of the color or consistency of your snot, if you have any concerns or questions, it’s always best to get examined by a doctor to be on the safe side.

If you struggle with ongoing nasal and sinus health issues, we can help. Contact our office today to set up your appointment and put a stop to your snot problems!